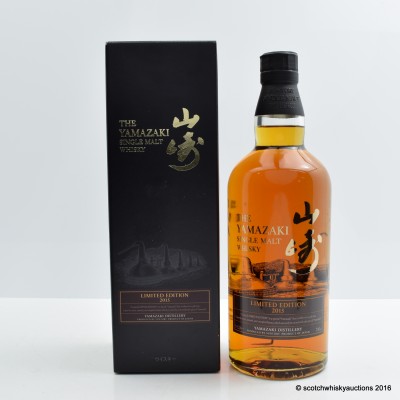 An interesting and tasty dram comes to us from Suntory. Following the success of the Distillers Reserve editions of Hakushu and Yamazaki, it has decided to release an older, more exclusive limited edition of the Yamazaki single malt.

With the 2015 release, Suntory decided to use some single malts aged over 20 years in sherry cask and blend it with some aged in younger bourbon barrels.

The 2014 edition has the distillery screen printed on the bottle whilst the 2015 release has an image of the stills.