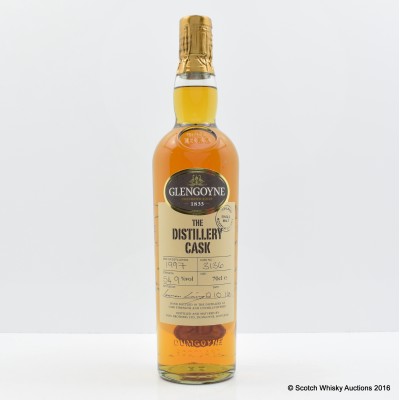 This bottle was hand filled at the Distillery.