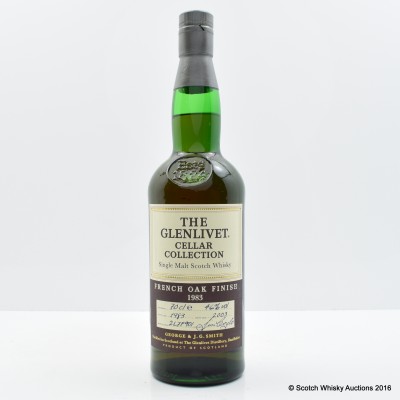 A frequently-overlooked bottle in Glenlivet's Cellar Collection, perhaps as it remains one of the youngest of the series (even at 20 years old).

This is described by Jim Murray as 'sophistication and attitude rolled into one'.