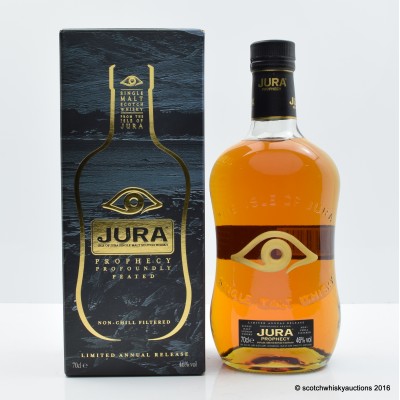 Originally built in 1810 the distillery fell into disrepair and wasn't revived until the 1960's by two local estate owners. It is now under the ownership of Phillipines based "Emperador INC".A very peated edition from Isle of Jura, Prophecy is made from a selection of old and rare Jura whiskies.