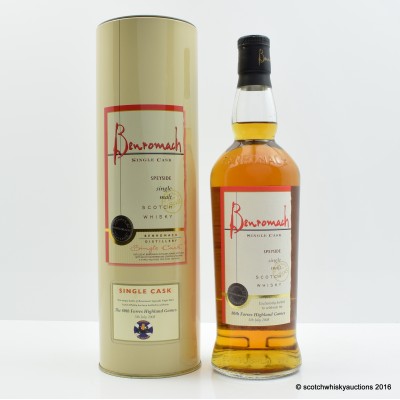 This bottle is drawn from a single cask to celebrate the 80th Forres Highland Games.