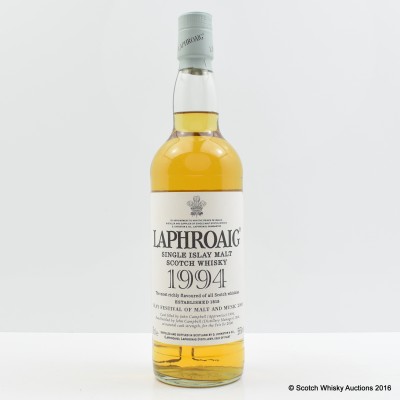 Very limited release to celebrate Feis Ile 2006. Filled into cask back in 1994 by John Campbell as an apprentice and bottled in 2006 as the Distillery manager. A very small release, which is much sought after these days.

This bottle is signed by John Campbell