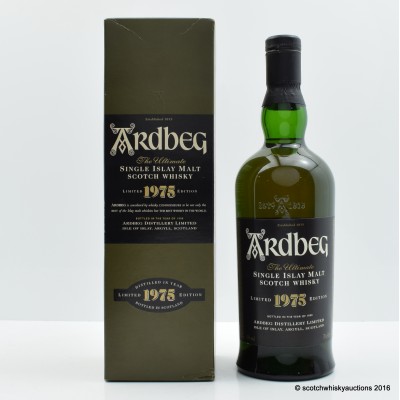 Given the success and cult-like fan base that Ardbeg has recently enjoyed, it is almost impossible to image that the distillery was closed, on and off, for 15 years until it was purchased by Glenmorangie.

Sitting on the southern coast line, the current distillery was founded in 1815, the original having been destroyed by excise men. The Ardbeg spirit still is fitted with a purifier which many believe accounts for its fruity, zesty character.

Released shortly after Glenmorangie took over at Ardbeg. The Ardbeg Online shop called it "fabulous, absolutely divine" with Michael Jackson (of whisky fame, not the singing and dancing one) scoring it a high 9 out of 10.