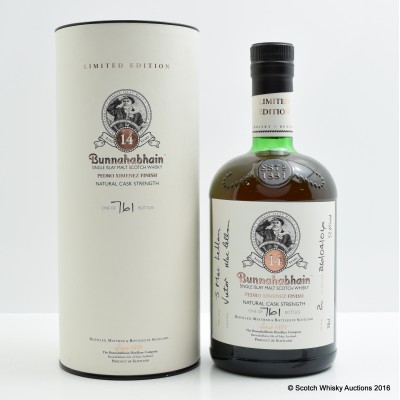 This expression from Bunnahabhain was released during Feis Ile 2006. The bottle has been signed by previous distillery manager John MacLellan and one of the distillery workers

Bottle Number: One of only 761 bottles released