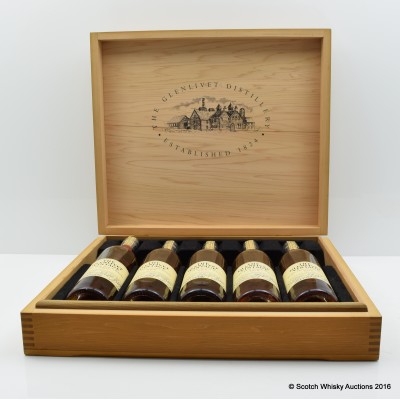 A fabulous collection of Glenlivet vintages from the 1960s and 1970s, all contained within a lovely wooden box. A cracking collection!