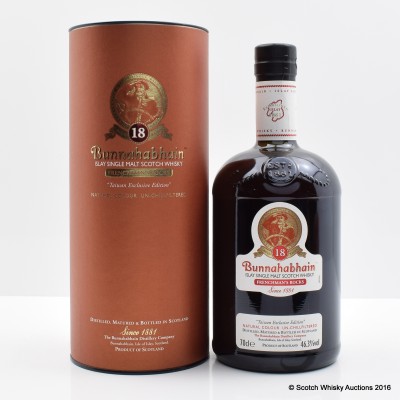 This limited edition release was for the Taiwanese market. The name comes from an often-told story of a French flotilla of three ships that ran aground while attempting to reach the shelter of Bunnahabhain.