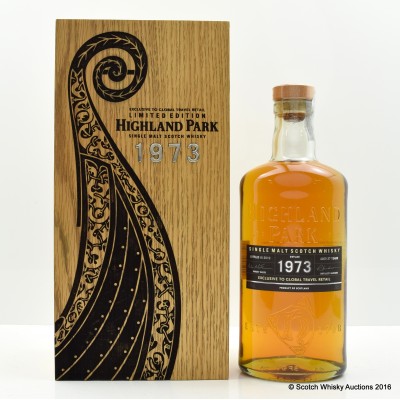 This variant of Highland Park is exclusively for global travel retail and was first released in April 2010 having been distilled in 1973.

Many of the events of this astonishing year were to have lasting repercussions; the Vietnam and Yom Kippur wars ended; President Nixon was inaugurated for his second term of office; the UK, Republic of Ireland and Denmark entered the European Economic Community, the precursor the European Union; the first mobile telephone call was made in New York City; Britain ended the year with the start of the three day week.

In a landmark year for cinema, The Sting was awarded seven Oscars and The Exorcist, Last Tango in Paris and American Graffiti all hit the screens. Pink Floyd released the seminal album Dark Side of the Moon. Oh, and Highland Park laid down this whisky.