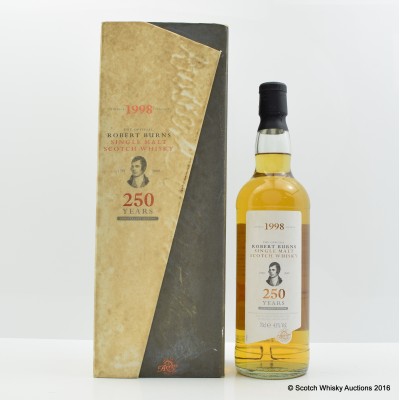 Bottled to celebrate the 250th birthday of the Bard. This bottling is officially endorsed by the World Burns Federation.

Bottle number: One of only 6,000 bottles released.

Note marks and staining to carton