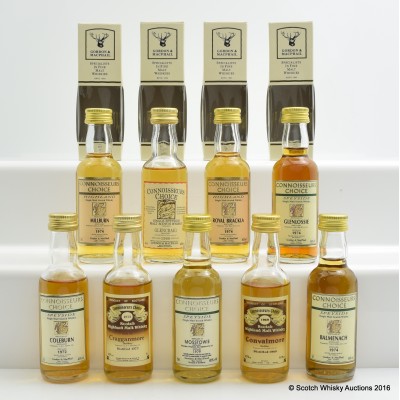 Please note the fill level in these miniatures