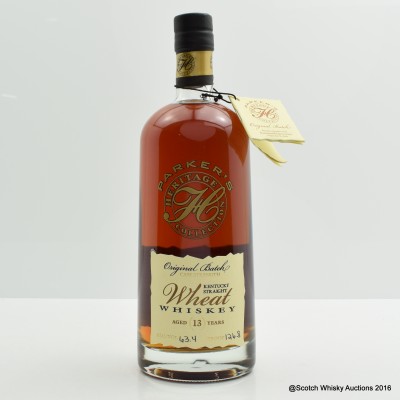 The eighth edition of Parker’s Heritage Collection features 13-year-old straight wheat whiskey, bottled at cask strength and non-chill filtered. The barrels used for this offering were from the very first run of what later would become Bernheim Original Straight Wheat Whiskey.

With a minimum of 51% soft winter wheat in the mashbill or grain recipe, Bernheim is the only straight wheat whiskey produced by a major American distiller and has been available since 2005. For this reason, this Parker’s Heritage Collection release has been dubbed “Original Batch Kentucky Straight Wheat Whiskey”.

The cask strength and lack of chill filtering means the whiskey is bottled much as it came out of the barrel after 13 years of aging on the top floors of Rickhouse Y on the Heaven Hill property in Bardstown.