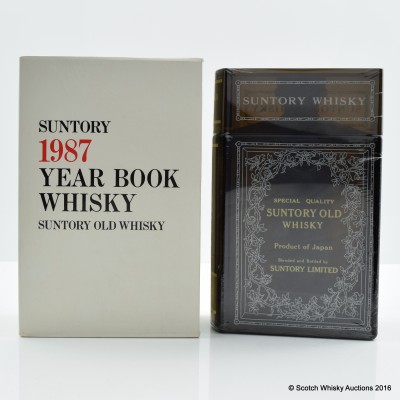 One of the Japanese whisky giants, Kotobukiya, or as we know them today Suntory, was founded by Shinjiro Torii in 1899 first as a importer of western liquor. As he progressed within the business he decided to build Japan's first distillery. This is where Masataka Taketsuru comes into the picture. He was hired as a distillery executive at Yamazaki. He later left the company to found his own.

Part of the range of special releases which were designed to look like books.