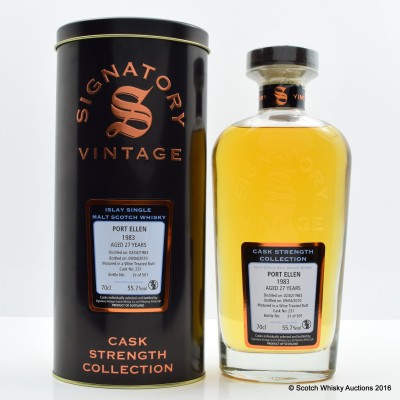 Signatory Vintage was founded by Andrew Symington in 1999. After discovering single cask single malt whisky while managing Prestonfield House Hotel Andrew bought his first cask, a Glenlivet 1968, and is now one of the largest independent bottlers in Scotland. As of 2002 Signatory Vintage Whisky company is also the owner of the Edradour distillery.