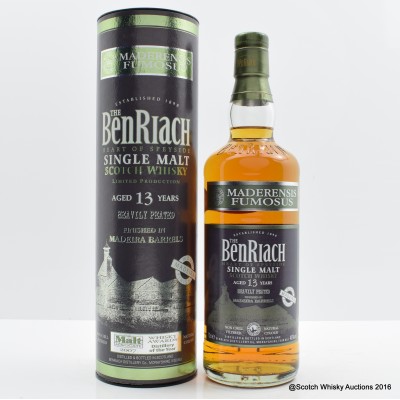 After being founded by the Grant family in 1898, the distillery was mothballed for 65 years with only its floor maltings being used for the Longmorn distillery next door. Now in the hands of Billy Walker and his partners, it won Distillery of the Year from Malt Advocate magazine in 2007 and has received rave reviews for its peated and unpeated expressions alike.

An interesting wee experiment from BenRiach which sees it release this fantastically-named Maderensis Fumosus, a 13-year-old heavily peated whisky which has been finished in Henriques and Henriques Maderia barrels.