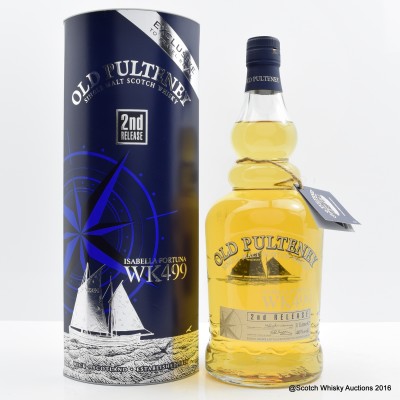 The Pulteney distillery was founded in 1826 and has changed hands many times over the years. It is currently the second best seller in the Inver House stable. Located in Wick, and now the second most northerly distillery on the Scottish mainland, the distillery has won many accolades over the years, including two different variations of Whisky Of The Year from Jim Murray and the World Whisky Awards.

Formerly only available in travel retail this is a no-age-statement release from Old Pulteney that replaces the earlier WK209. They've called it "Isabella Fortuna" after the last drifter boat still in Wick harbour - if you stand at the top of the hill by the distillery you can almost see it.