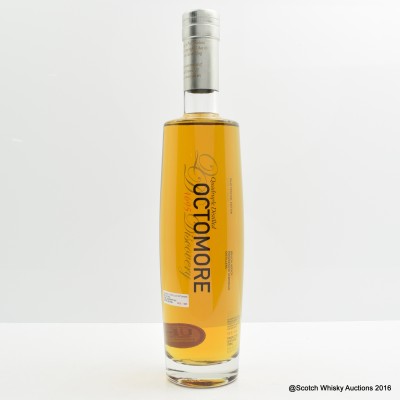 Combining two of Bruichladdich's greatest experiments of the last few years, here we have a quadruple distilled, as per X4, Octomore, the world's peatiest whisky.

The number of bottles released is in honour of the Scottish traveller Martin Martin who started his discovery of the Western Isles of Scotland in 1695. During his travels he recorded the dangers of spirit that was distilled four times.