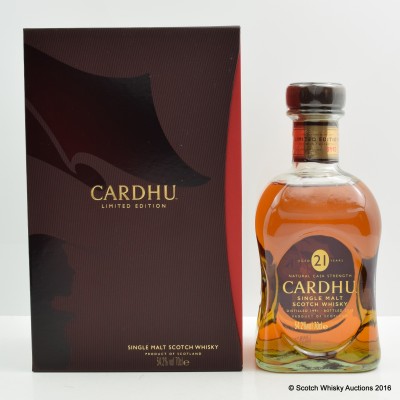 The first distillery purchased by John Walker & Sons in 1983, Cardhu had been operating from 1824 before it became the home of Johnnie Walker. In 2003 there were protests at the changing of Cardhu from a single malt to a 'pure malt' with contributions from other distilleries. Returned to a single malt in 2005 its key markets are France and Spain.

Considered by many to be the hidden gem of Diageo's 2013 Special Releases is this 21 year old vintage Cardhu.