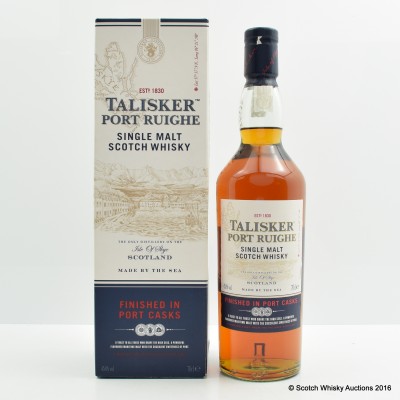 This is the second no-age statement whisky to be released by Talisker and has been given a secondary maturation in Port casks.

Named after the old Gaelic name of the Port in the Isle of Skye, Port Ruighe is finished in Port casks after initial maturation in American and European Oak refill casks as well as casks that have been deeply charred especially.

Please note bottom of box is held together with tape.