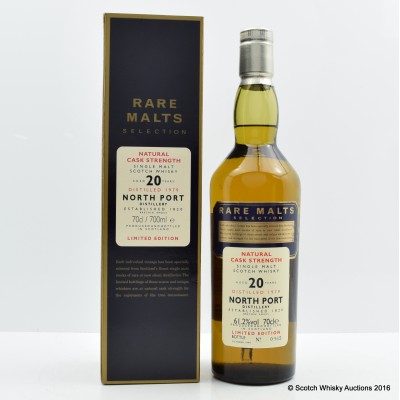 Founded in 1820, and originally called Townhead, the distillery sent most of its life under the name North Port, although there are several bottlings under the name Brechin.

Another victim of the 1983 cull, the distillery's output was mostly used for blending.