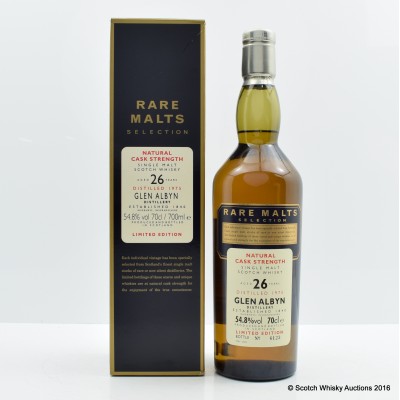 This distillery once boasted its own railway line which was linked to the main Highland Railway Company line.

At one point the distillery was converted into a mill and when distillation returned to the premises it was with stills that were, "the most improved and modern style" according to Alfred Barnard.

The distillery was another victim of the 1983 cull.