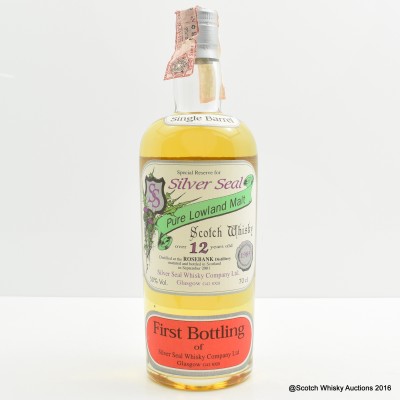 This release from Silver Seal was their first from the Rosebank Distillery.