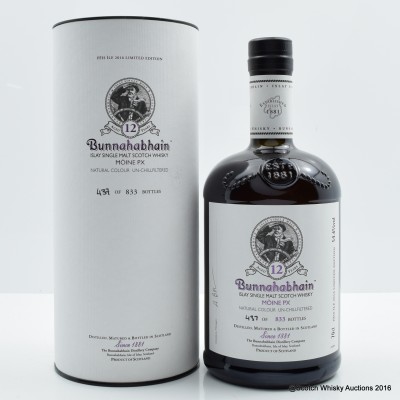 Sheltered from the Atlantic,this lighter Islay whisky has an important role in Cutty Sark as well as Black Bottle, while its standing as a single malt has increased since it dropped colouring, chill filtering and increased the bottling strength of its core range to 46.3%ABV.

Adding sweetness to its peated Moine, this release has been given a Pedro Ximenez finish to complement the sea spray characteristics that it picked up slumbering in sea facing Warehouse 7.