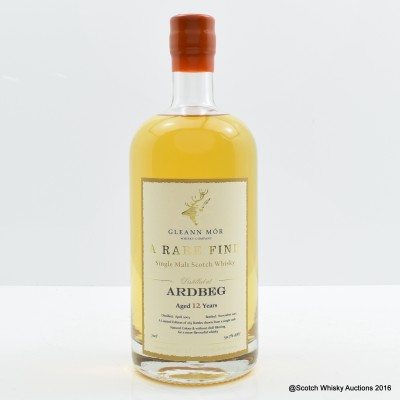 Sitting on the southern coastline, the current distillery was founded in 1815, the original having been destroyed by excise men. The Ardbeg spirit still is fitted with a purifier which many believe accounts for its fruity, zesty character.

A rare independent bottling of Ardbeg from Gleann Mór's A Rare Find range.

Bottle Number: One of 263 bottles released