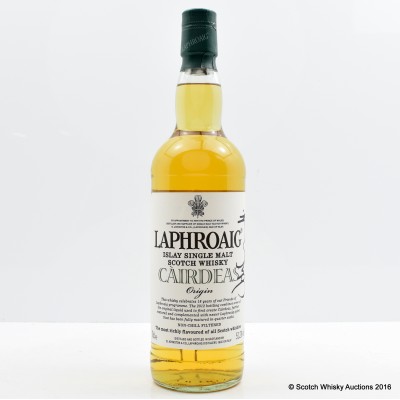 This bottle is signed by distillery manager John Campbell.