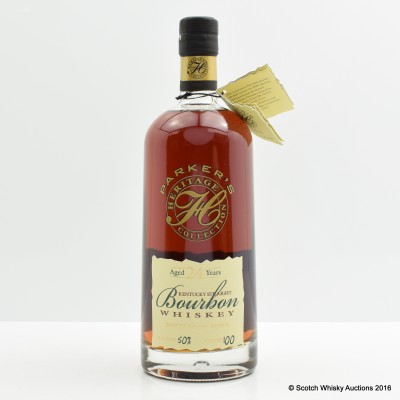 The 10th edition of the Parker's Heritage collection features two separate versions of the Bottled-in-Bond product, expected to be the oldest Bottled-in-Bond in the world. It was produced in Fall 1990 and Spring 1991 at Heaven Hill’s distillery in Bardstown (the original distillery), KY, (D.S.P. KY-31), which was later destroyed in 1996 by fire along with seven rickhouses and over 90,000 barrels. The liquid is bottled by season in order to retain its Bottled-in-Bond designation.

The Bottle-in-Bond Act of 1897 was the first consumer protection legislation in the history of the United States. Which passed in order to ensure the quality of whiskey during this time. In order to carry the Bottle-in-Bond act designation, the whiskey had to conform to a strict set of regulation set forth by the federal government