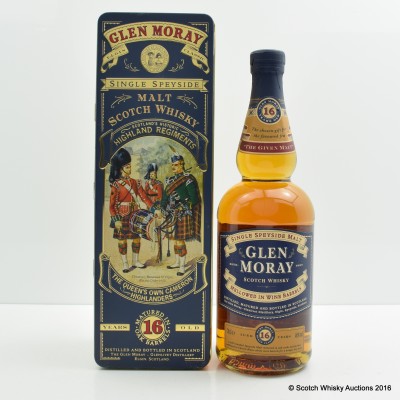 Converted from a brewery in 1897 the Glen Moray distillery was owned by Glenmorangie plc until it was purchased in 2008 by La Martiniquaise, the second biggest spirits company in France. Highly thought of for blending it also produces a spirit peated to 40pmm for use in blends such as Label 5 and Sir Edward.

Released in the 1990s, this range depicts different Royal Highland Regiments. This is the Queen's Own Cameron Highlanders edition.