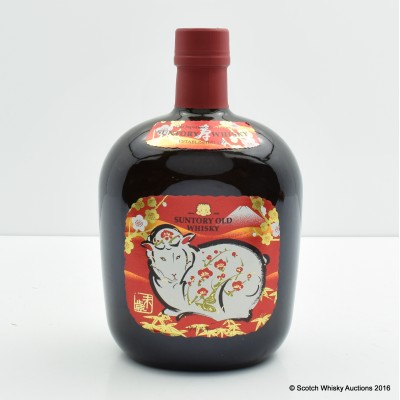 One of the Japanese whisky giants. Kotobukiya, or as we know them today. Suntory. The company was founded by Shinjiro Torii in 1899, first as an importer of western liquor. As he progressed within the business he decided to build Japan's first distillery. This is where Masataka Taketsuru comes into the picture. He was hired as a distillery executive at Yamazaki.

Part of the Suntory Old Zodiac bottlings, this particular bottle was released to celebrate the Year of the Sheep.