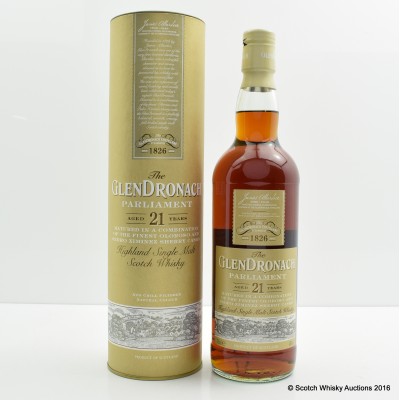 A 2011 release to fill a gap in the rapidly expanding GlenDronach range and named for the Parliament of rooks that live in the trees near the distillery. A tasty combination of sherry matured whiskies, both Oloroso and PX.