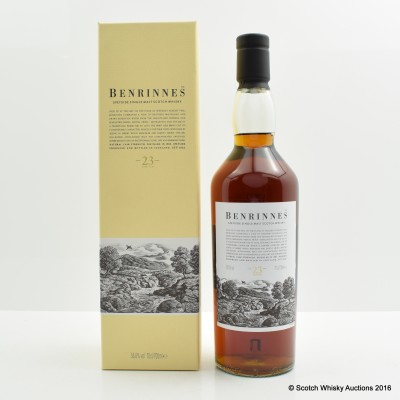 Despite the long history of Benrinnes, until recently there had only been one official bottling - in 1991 a fifteen year-old was released. Save for a few independent bottlings, the majority of the spirit has been used in blends, notably Johnnie Walker and J&B. Today, single malt whiskies from Benrinnes remain a rare treat. The distillery is currently under Diageo ownership.

This 23 year old heavily sherried Benrinnes. Quite rare as the last official distillery aged Benrinnes was from the Rare Malts series.