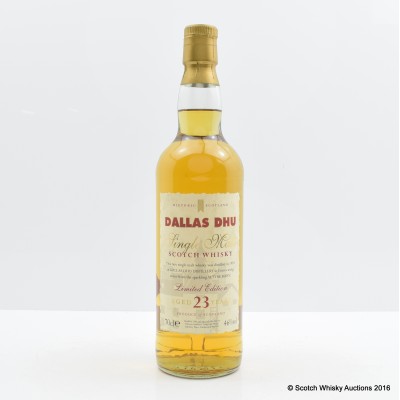 Closed in 1983, the Dallas Dhu distillery was taken over by Historic Scotland and is now a museum of whisky distilling. However since early 2013 there have been rumours of studies being conducted to investigate whether production could be resumed again.

A limited edition bottling Dallas Dhu by Historic Scotland, who have owned the distillery since 1992. The distillery is still intact despite not having produced whisky since 1983.