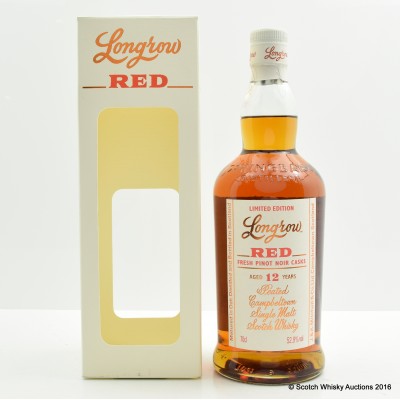 A limited release of Longrow matured in bourbon casks for 11 years before being transferred to Fresh New Zealand Pinot Noir Casks for the final year. Only 9000 bottles were released in 2015.