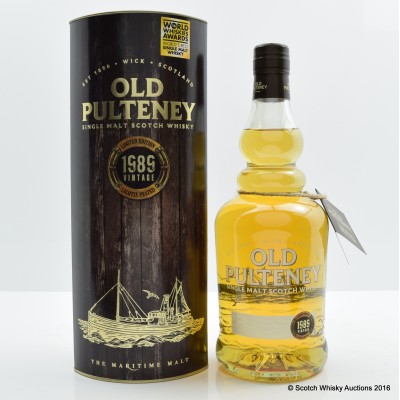 Winner of the World's Best Single Malt at the 2016 World Whiskies Awards. This was aged in a cask that previously held peated whisky which has added an extra layer of smoke to the traditional Old Pulteney.

Bottle Number: One of only 3,210 bottles released