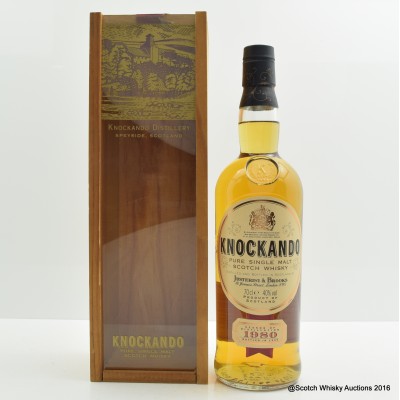 An old bottle of Knockando whisky. This was distilled in 1980 and aged for around 15 years.