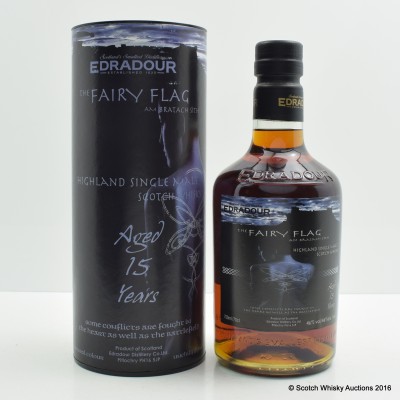 Bought by Andrew Symington, owner of independent bottler Signatory in 2002, Edradour has lead a colourful life. At one point Mafia boss Frank Costello was its US Sales Representative. Once marketed as the smallest distillery in Scotland, Edradour has begun expanding its capacity with Signatory's bottling taking place on site since 2007.

The Fairy Flag symbolises the romance between the Clan Chief of the MacLeod's and the Fairy Queen Titania. Apparently...