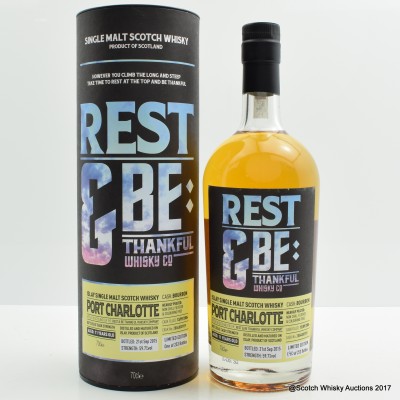 This heavily peated whisky from Bruichladdich is generally peated to 40ppm and is distilled in the same tall stills resulting in a spirit that has both power and elegance. Created to commemorate the Lochindaal distillery, originally called Port Charlotte, which closed in 1929, it was the first spirit distilled by the Murray McDavid team in 2001.

This whisky has been bottled for The Rest and Be Thankful Whisky Co. who the named their company after an inscription on a stone at the top Glen Croe made by soldiers who built the military road in 1753.