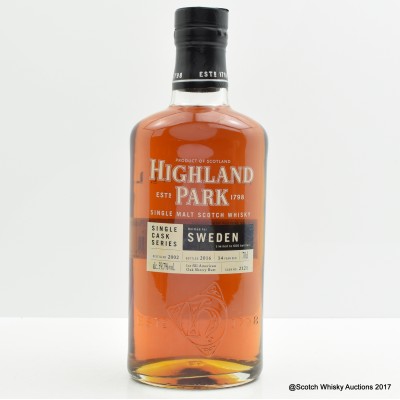 One of two single casks released in October 2016 for the Swedish market.