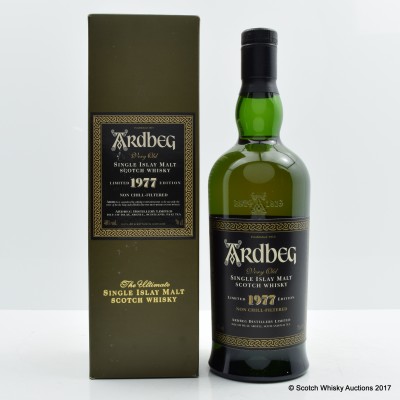 An old limited edition bottling of 1977 vintage Ardbeg. This was released in small batches between 2001 and 2004.

The distillery has no stocks left, so its value is going up all the time . Perfect for collectors and/or investment.