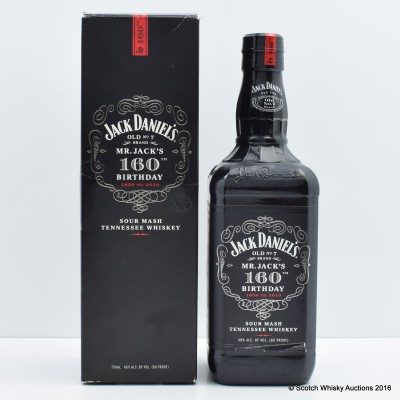 This bottle was released to celebrate the 160th birthday of Jasper Newton Daniel better known to the world as Jack, creator of the Old Number 7 whisky that has gone on to become the world's biggest selling American whiskey.

Please note the condition of the lot