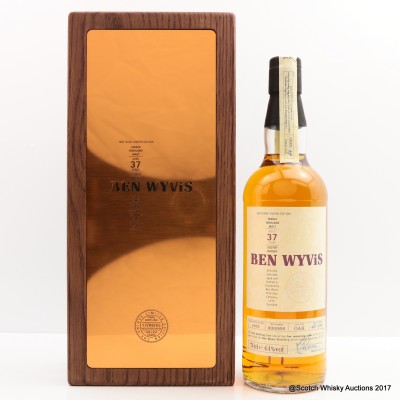 The final bottling from one of the five remaining casks of the very rare spirit from the Ben Wyvis Distillery which ceased production in 1976.

The Ben Wyvis distillery was closed in 1976, just eleven years after it had opened as part of Whyte & Mackay's Invergordon complex. Only a handful of bottlings have ever been released, of which this is perhaps the most interesting.

Having bottled what was believed to be the last casks of Ben Wyvis in 1999 under the name 'The Final Resurrection', Whyte & Mackay were somewhat taken aback to discover that one more cask did in fact exist in their warehouses. Unfortunately it belonged to someone else, but the twist came when it was discovered that the owner had defaulted on their storage fees. The cask was therefore repossessed and this is the bottling that resulted - probably the very last bottling from one of the shortest-lived distilleries in Scotland. A true collector's item.