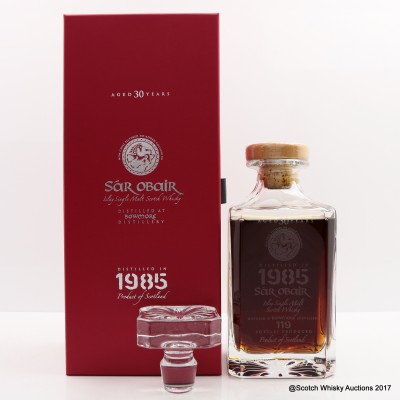 This wonderfully dark Bowmore has been bottled by Aberdeen based bottlers Kingsbury & Co. as part of their Sar Obair range.

Bottle Number: One of only 119 bottles released