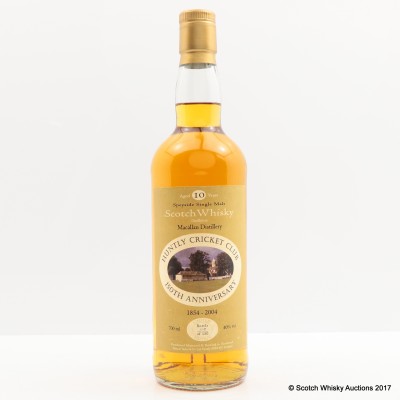 A very scarce Macallan ex-sherry single cask bottling by Duncan Taylor from May 2004 produced to celebrate the 150th Anniversary of Huntly Cricket Club in Aberdeenshire.