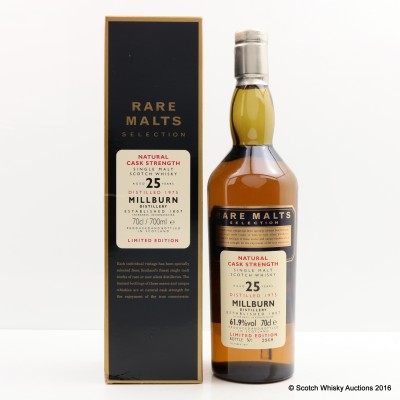 Originally called Inverness after the town in which it was built, Millburn distillery was the oldest of the three distilleries in the town and the last one to close, only two years after the others, in 1985.

Sandwiched between a river and the town itself, there was no room for expansion and now it is a restaurant.