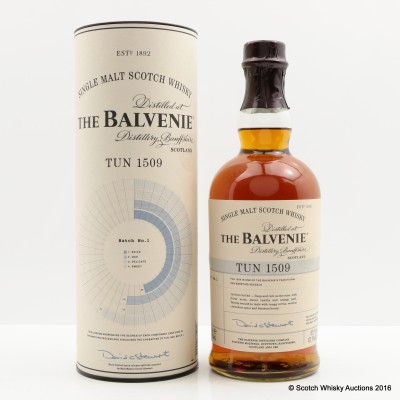 Due to the success of The Balvenie's Tun 1401 series, a bigger vat was needed. Tun 1509 is four times the size and the first release is a combination of 35 American oak barrels and seven European oak sherry butts, left to marry for a few months.