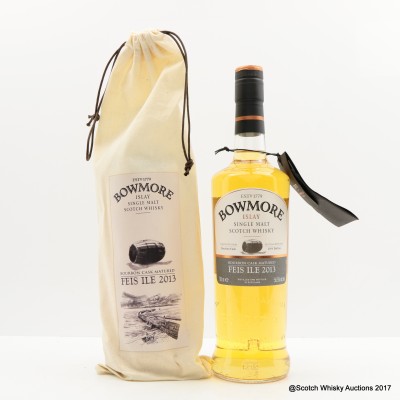 At the Feis Ile in 2012, Bowmore's popular festival bottle sold out before the open day, leaving many disappointed whisky drinkers.

To avoid a repeat the following year, it was decided that Bowmore would release 700 of the 1000 bottles for the festival. The 300 bottles that were held back were put on sale on its "official" open day. Cue lots of happy Bowmore drinkers at the 2013 Feis Ile!