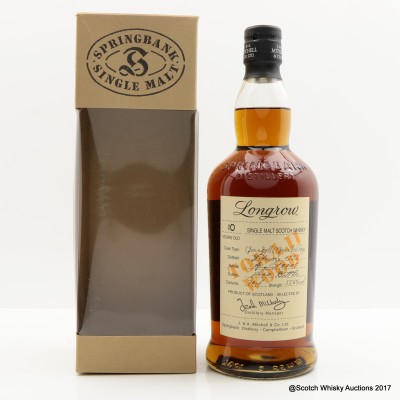 The barley used in the production of Longrow is entirely peat dried, giving the whisky a wonderfully smoky, peaty character.

Cask Type: 8 years in Refill & then 2 years in Fresh Tokaji

Bottle Number: One of only 7,440 bottles released