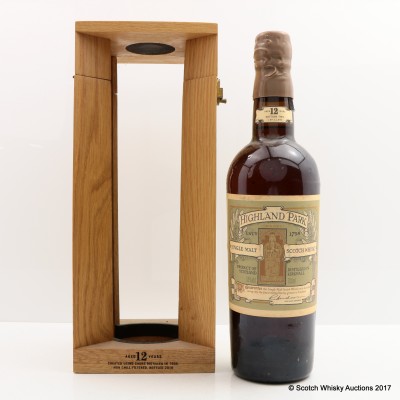 Please note spattering on bottle and top of wooden frame.