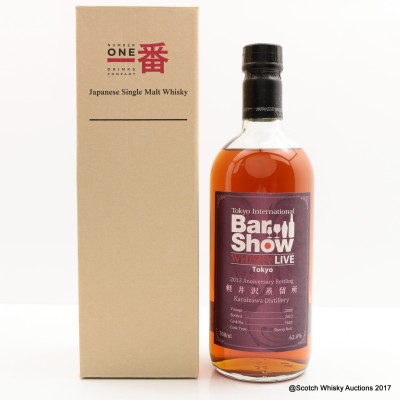 Founded in 1955 with a keen eye on producing high-quality whisky, Karuizawa was mothballed in 2000 and since then has achieved the kind of mythical stature reserved for only a select few distilleries.

In 2011 Number One Drinks bought the remaining stock and it has been instrumental in the phoenix-like resurrection of a distillery that rarely released any bottles during its lifetime.

A special release of Karuizawa for the 2013 International Bar Show in Tokyo.